Deploying Wrappers to the Wrapper Server¶

If the Wrapper Server is started, it is possible to deploy the wrapper from the Wrapper Generation Tool. Alternatively, the wrapper can be exported as a VQL file (VQL is ITPilot’s execution format), so you can load it in the server at some later moment.

Remember that it is not possible to export a wrapper to the execution environment, or to a file, if it does not have neither input fields nor Output components.

To deploy the wrapper, enter the server URL (//localhost:9999/itpilot by default), login (‘admin’ by default) and password. It is also possible to specify the following options:

Click OK and, assuming the Wrapper Server is started, the wrapper will be deployed.

This option is useful when the Wrapper Server is not started or it is not accessible from the network where the Wrapper Generation Tool is being used.

From the main window of the ITPilot wrapper generation environment, click on the “Deploy” menu of the menu bar. This shows two submenu options: “VQL Generator …” and “Server deploy …”. Click on the first option and the screen shown in Wrapper storage in a local file system will appear. 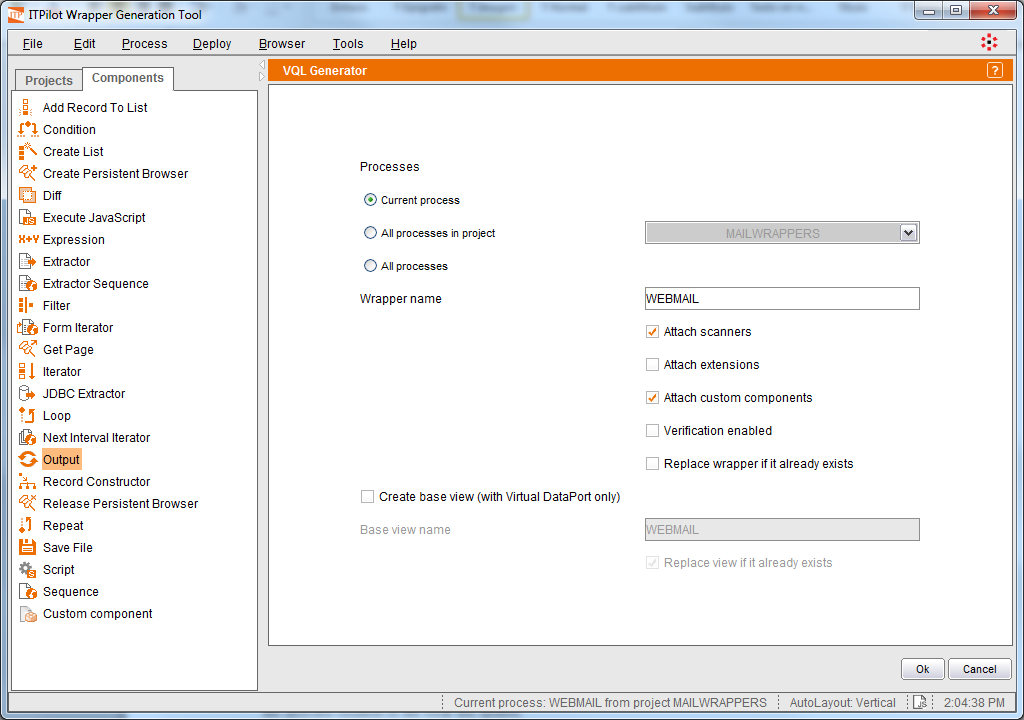 The available options are the same as the ones explained above. Pressing OK, ITPilot will store the file at the selected location in the local file system.