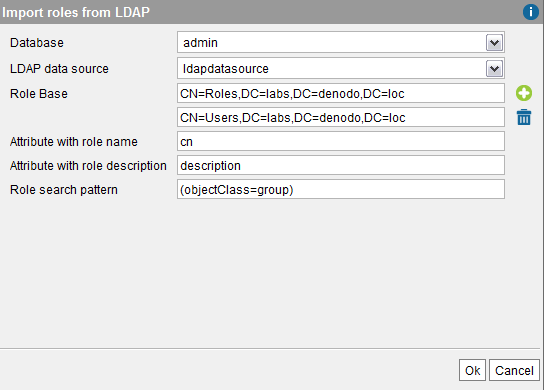 Then, click Ok. The Tool will display the roles found in the LDAP server (see Import roles from LDAP wizard (2)). In this list, you have to select the roles you want to import and click Ok. 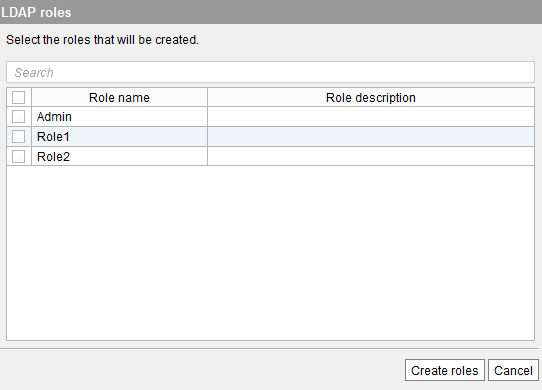 You can use the text field at the bottom to search roles by their name.

This dialog does not list the roles serveradmin or jmxadmin even if they are returned by the LDAP query. The reason is that these roles are automatically defined during the installation of Virtual DataPort so they already exist. See more about these roles in the section Roles.