In outline, Virtual DataPort enables business applications to process a series of distributed and heterogeneous data sources, including external sources, as though the data were contained in a large “Virtual” Database. This “virtual database” allows creating views that combine and integrate said data.

The system allows easily importing each data source into the “virtual database”. Then, a SQL-like language called Denodo VQL (Virtual Query Language) is used to create views that arbitrarily combine the data of these relations using operations such as selections, projections, unions, joins, groups, etc., thus creating unified views of the source data. In this process, Virtual DataPort is able to work with sources that have limited query capacity (for example, in many Web services only queries specifying certain mandatory parameters are allowed). Furthermore, the Virtual DataPort query engine is capable of querying non-structured data and combining it with structured and semi-structured data.

When the system receives a VQL query on a previously defined view, it can generate an execution plan for the query, which consists of a list of subqueries that are sent in real-time to the various sources involved and a series of operations combining the data obtained from each source.

Furthermore, Virtual DataPort incorporates a system (called cache module) which allows the administrator to decide on the mechanism to be used for accessing the source data:

Virtual DataPort also allows the updating of data sources, provided that these are capable of supporting transactions.

The data integration system provided by Virtual DataPort is modeled on three separate layers: the user layer, the logical layer and the physical layer (wrappers). Virtual DataPort Architecture provides a general overview of the system architecture. Each of these layers is described below. 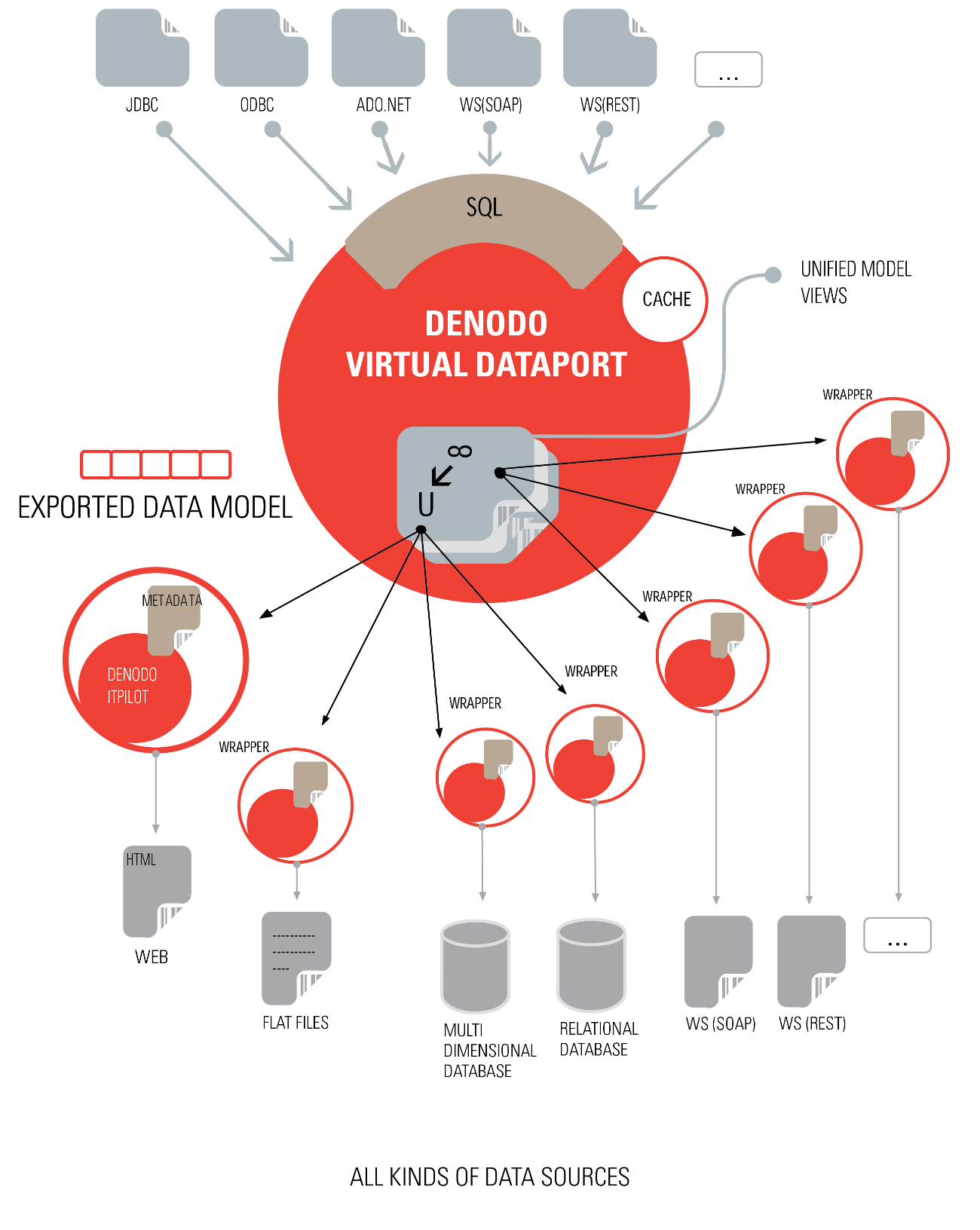