For example, let us say that you the following views: 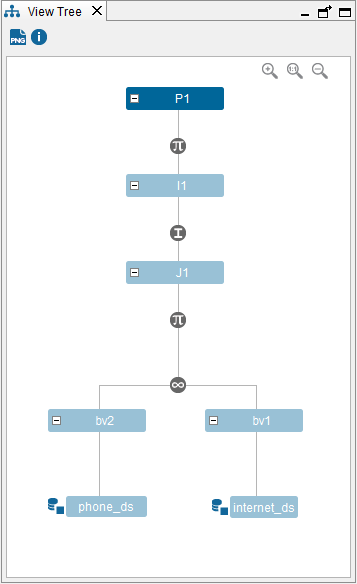 If in the “Execution plan” dialog of “P1” you define a data movement for “BV2” to the data source “internet_ds”, when you query “P1”, the data movement will not be executed.

If in the “Execution plan” dialog of “J1” you define the same movement, when you query “P1”, the data movement will be executed.

If you create a view “P2” over “J1”, you can define a data movement for “BV2” and it will be executed. The reason is that there is not an interface view between “P2” and “BV2”