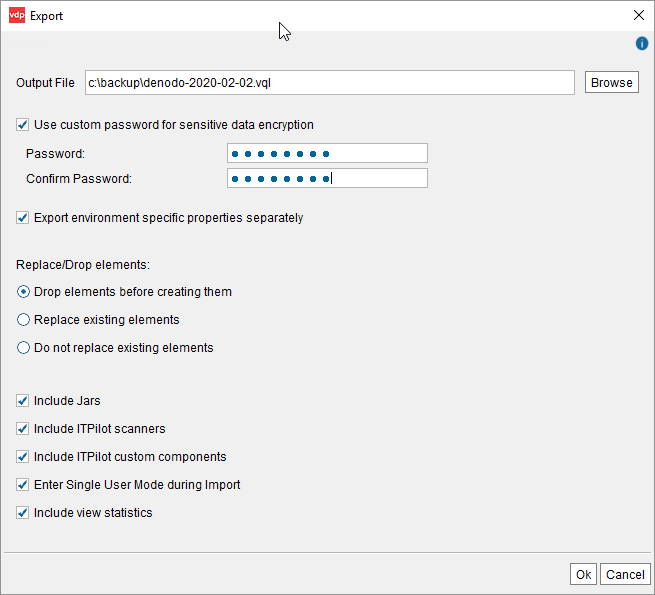 After exporting the metadata of a Virtual DataPort server, it can be imported back to the same Server or into another one. The section Exporting and Importing Elements Across Different Environments explains how to do this.