A role is a set of privileges. These can be global privileges or privileges granted for a specific environment. Roles allow administrators to manage user privileges easily because by changing the privileges assigned to a role, they change the privileges of all the users that “belong” to that role. For example, you can create the role developer_project_bi_customer and grant all the required privileges to this role.

button, fill in its details and click Save. The role will be created and listed in the roles table. You can use the

button to update its definition in the future.

You can delete one role with the

button, select a set of roles and click Save. 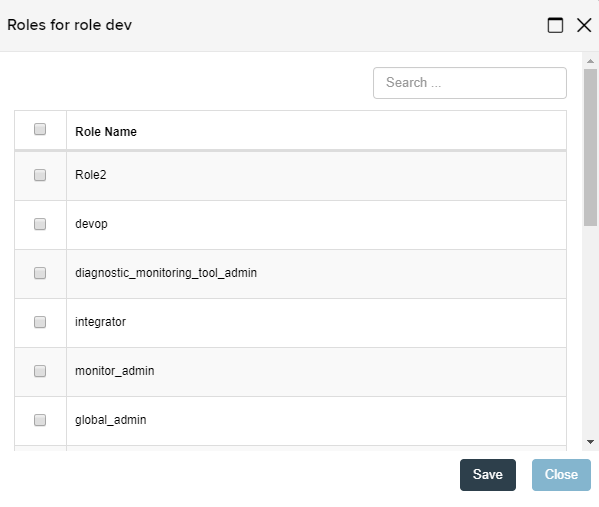 Import roles from an LDAP server¶

Instead of creating roles manually, you also can import them from an LDAP server. Before importing them, you need to configure the global LDAP server in the LDAP configuration. Then, click the

button to open the Import roles from LDAP dialog. 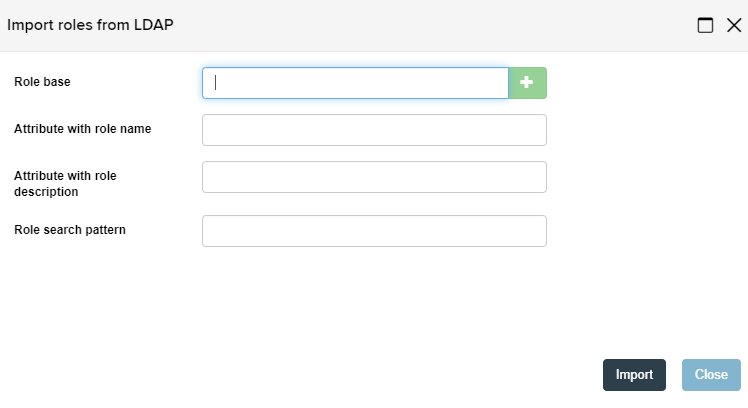 From this dialog you can import role names and role definitions. Provide the following data:

Then click the Import button. The Solution Manager will display the list of roles it found in the LDAP server. Select the roles you want to import and click Import.

Roles found in the LDAP server to import¶