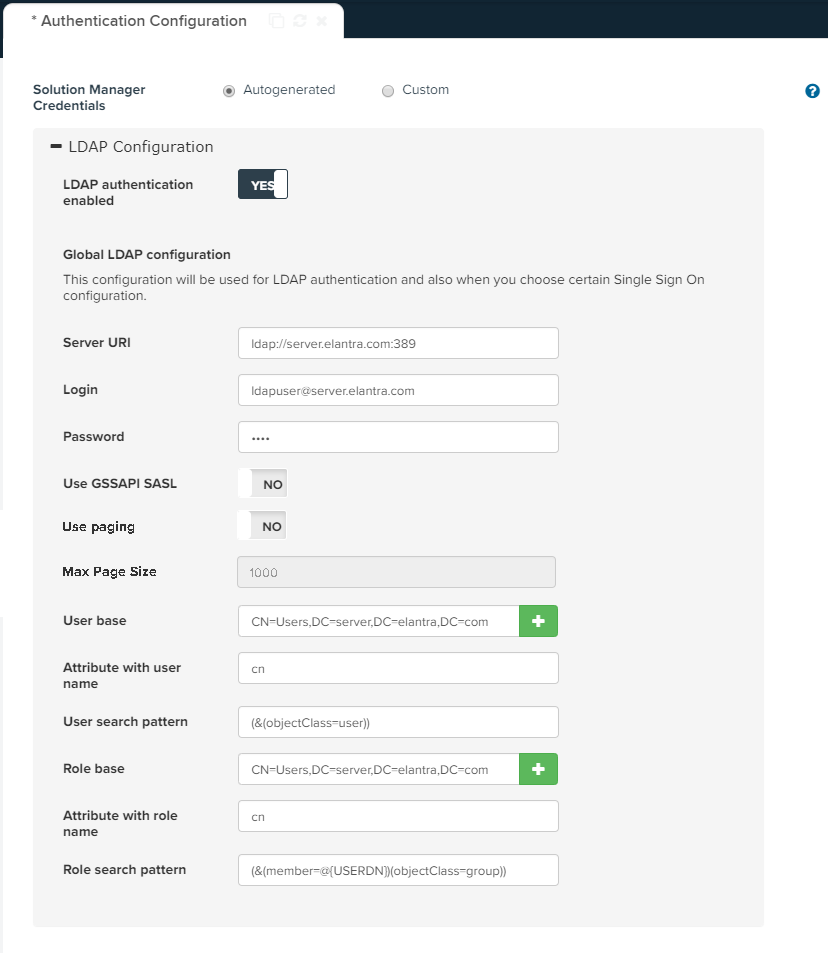 After enable LDAP authentication in this configuration, when the users go to the Solution Manager, they will be logged used user and password located on the relying LDAP source.