Authentication against servers during a deployment are performed using Denodo Security Token. Automated mode cloud servers are configured by default to use token, so no additional configuration is required.

If the execution of VQL or the import of Scheduler tasks fails, the deployment fails. If this happens, the corresponding product cluster is not modified and the new cloud server where the changes were performed is terminated.

The next picture summarizes the basic steps of a generic deployment process in a cloud environment with all the types of servers involved: 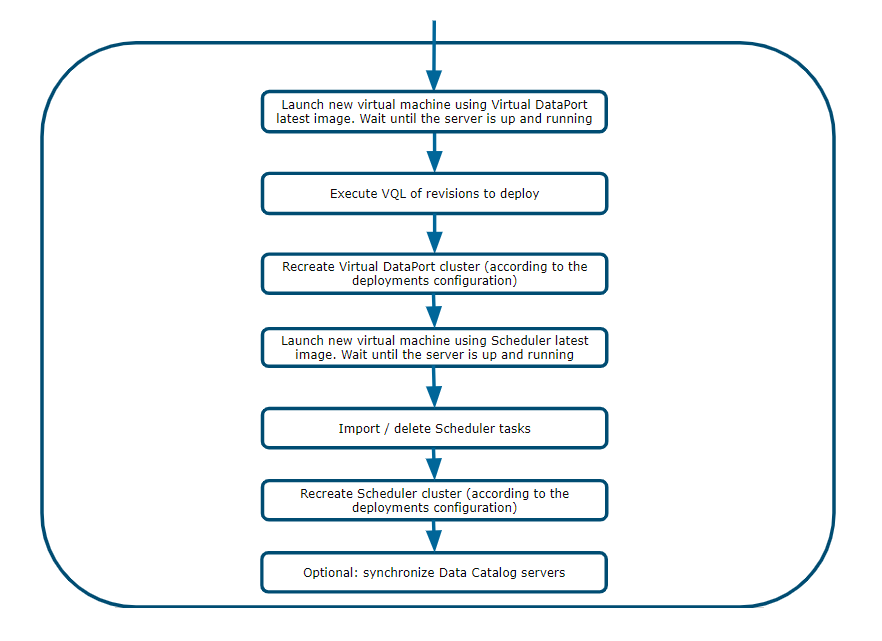 buttons from the Revisions table.

The deployment preconditions are the same as in standard environments.

The Solution Manager offers the option to minimize downtime while performing a deployment process in cloud environments in the deployments configuration of the environment. This option affects to the way the cluster is recreated after performing the revisions changes. The differences are explained in the following sections.

The following diagram summarizes the main steps in the cluster recreation process in a deployment process with minimize downtime option disabled. 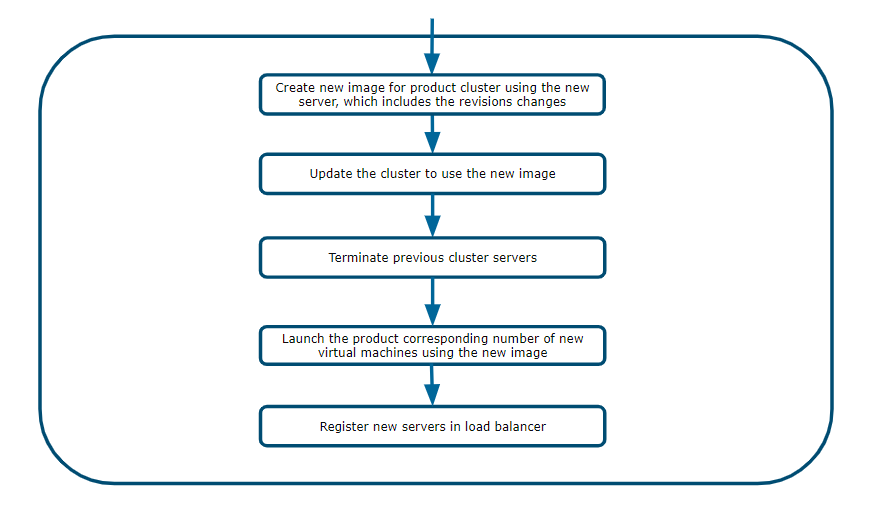 With this approach there is no service since old servers are terminated until new servers are ready and they fullfill the load balancer health checks.

The following diagram summarizes the main steps of a minimum downtime cluster recreation process in a deployment process. 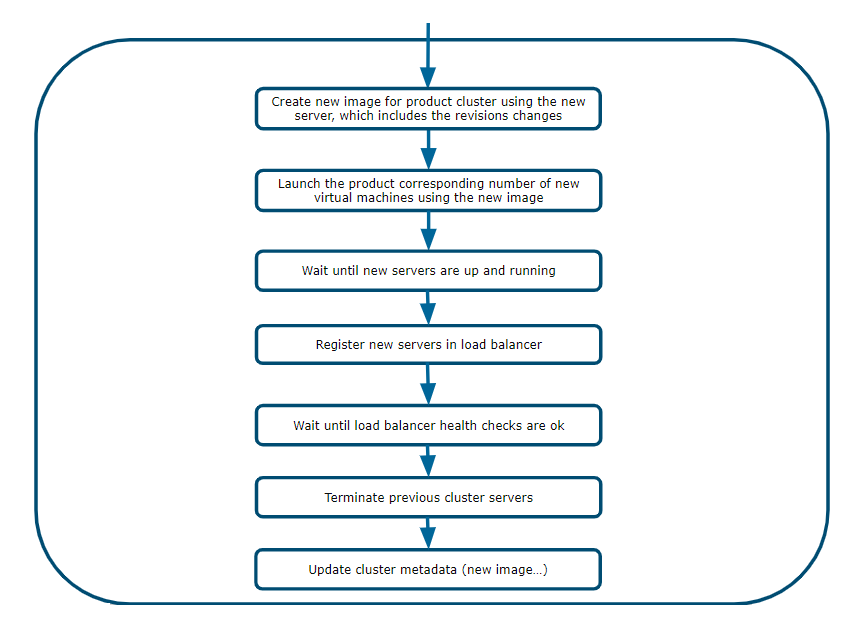 Using this option the application service is available during the deployment process, with minimum downtime. However, there may be some inconsistencies during the cluster recreation, since servers with old and new versions of the metadata can provide service at the same time. This can happen once new servers are ready for service, while old servers are terminated and they might be processing some requests.

We recommend to use this option for deployments.