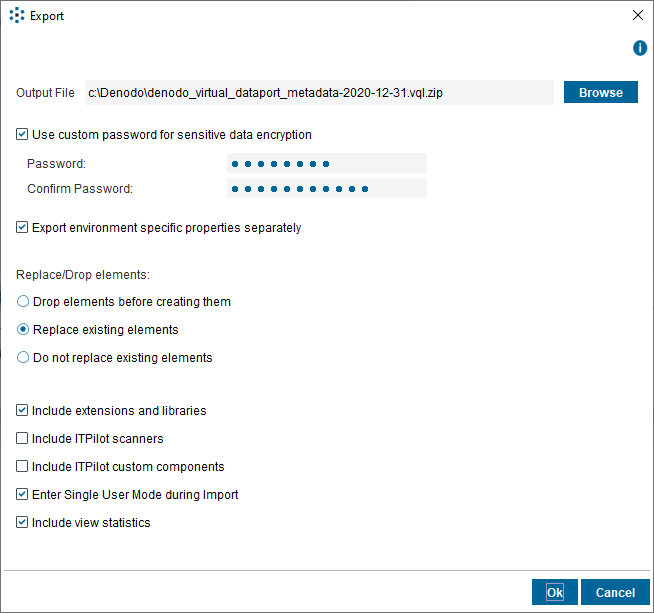 After exporting the metadata of a Virtual DataPort server, it can be imported back to the same Server or into another one. The section Exporting and Importing Elements Across Different Environments explains how to do this. The output will be compressed into a zip file containing all the required files.