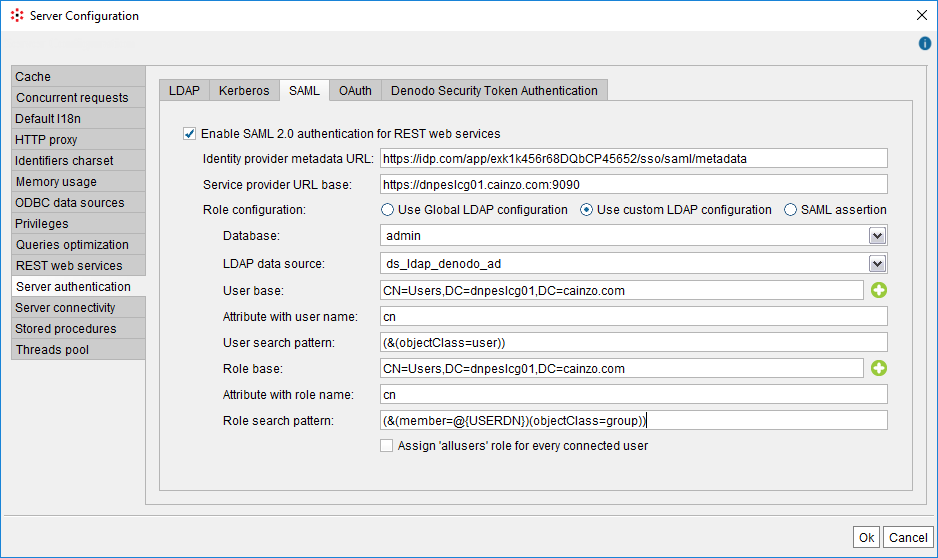 Creating the Roles of the Virtual DataPort Users¶

Before any user can connect to Virtual DataPort using SAML authentication, you have to do this:

To grant users the role “serveradmin”, “assignprivileges” or any of the default roles, you cannot create groups in the Identity Provider with these names and add users to these groups.