Data Catalog needs to keep a copy of Virtual DataPort’s catalog for proper operation. To create this copy the first time and to keep it updated, you have to launch a synchronization process. Go to the Administration menu and select the Sync with VDP option. The synchronization between both catalogs follows these steps:

The image below represents an example of the dialog that the Data Catalog shows with the changes it found. 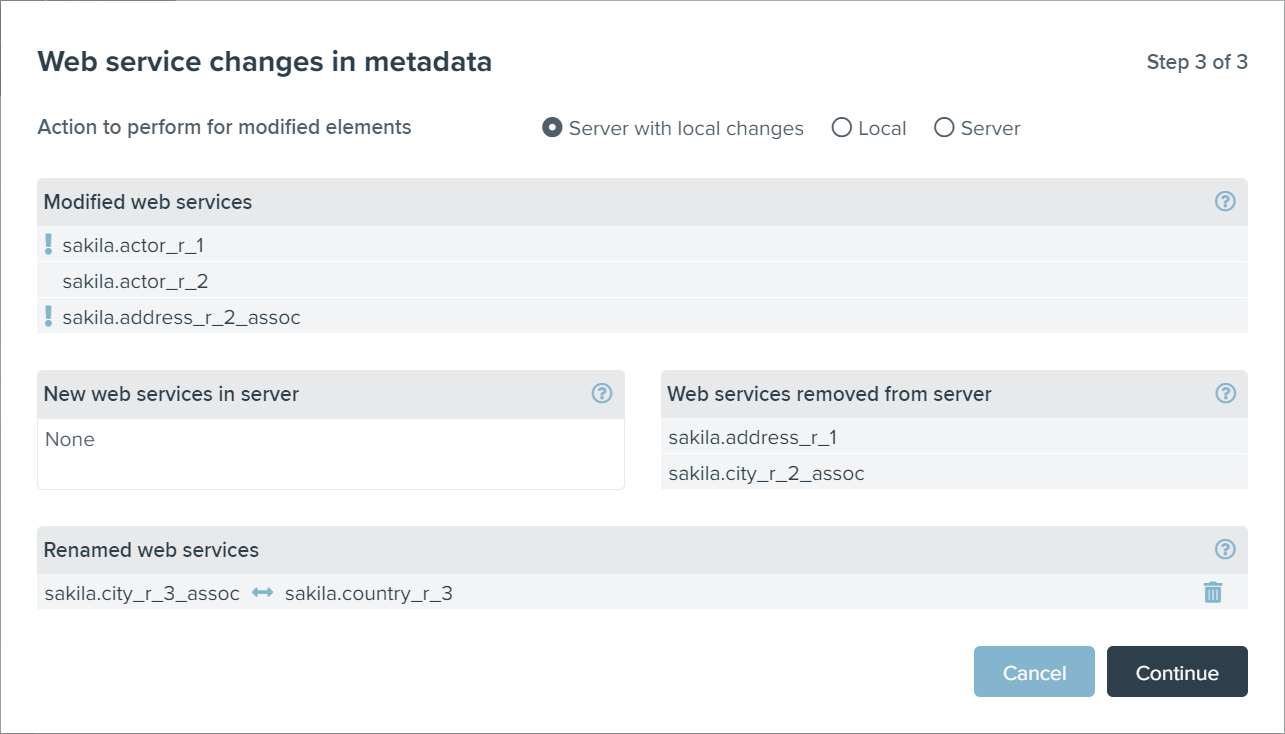 Dialog with the changes found in web services during the synchronization¶

In this dialog you will find the following information:

The image below shows the dialog to select the VDP tags that will be synchronized. 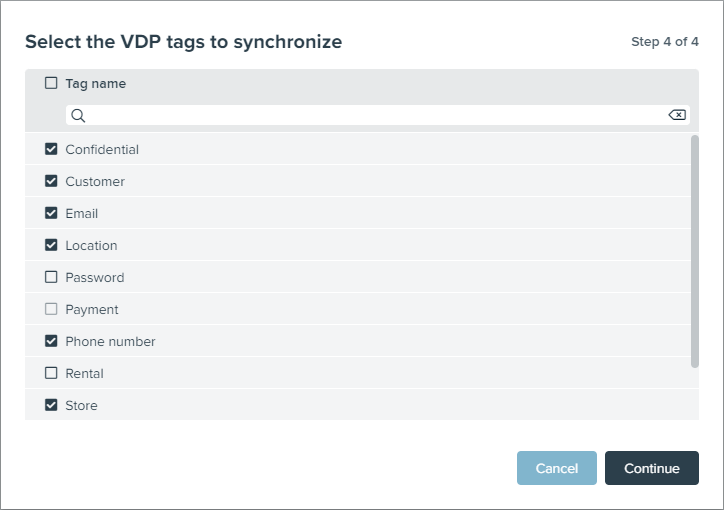 Dialog with the tags found in Virtual DataPort during synchronization¶

In this dialog you should take into consideration the following aspects:

We strongly recommend to configure the Solution Manager to synchronize Data Catalog with Virtual DataPort when promoting an environment.