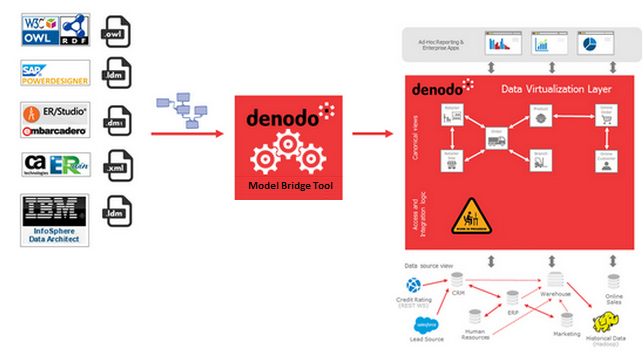 Datatype Properties are translated into columns of an interface view, the type of these columns is always translated as text.

At the end of this document, in Appendix A, the OWL syntax supported by the Model Bridge is further detailed. 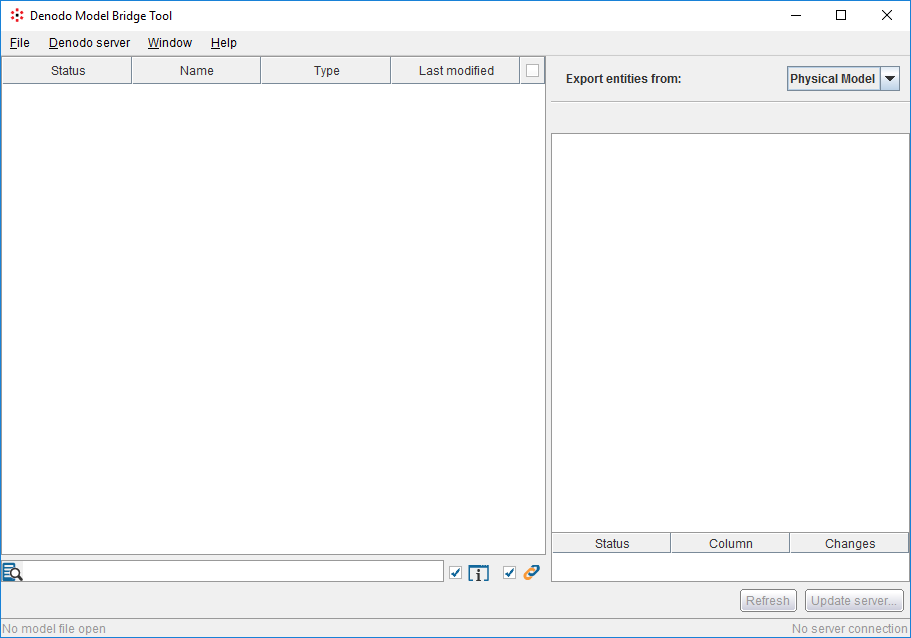 Once the user chooses the file to open and the kind of model to export from it (from the drop-down list in orange in the image above) the Model Bridge parses the entities, attributes and relationships and shows information about them. In any case, there could be repeated names among the entities, this is not allowed in VDP, and for this reason Denodo Model Bridge will rename the entity by adding "_x" to the name where x is a number. For every element the tool displays: 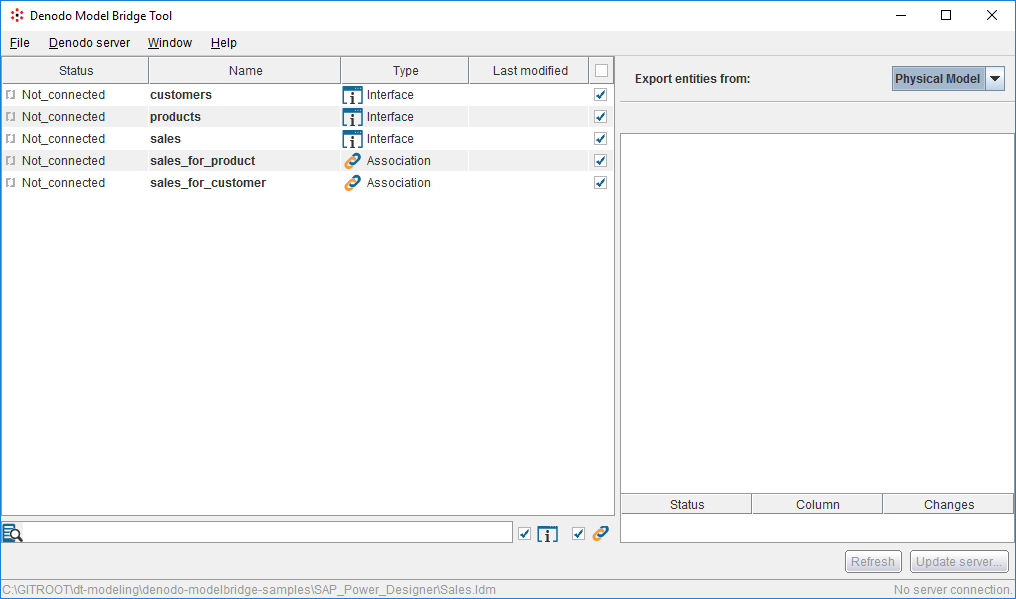 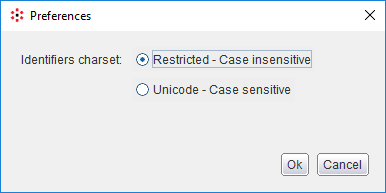 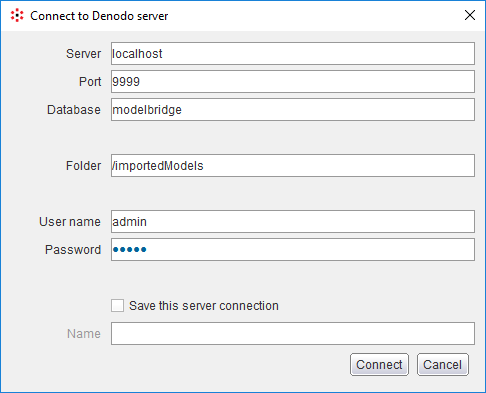 But users can decide to store their passwords encrypted by simply supply an encryption password to the Model Bridge Tool in the DENODO_MODELBRIDGE_ENCRYPTION_PASSWORD environment variable or JVM system property. 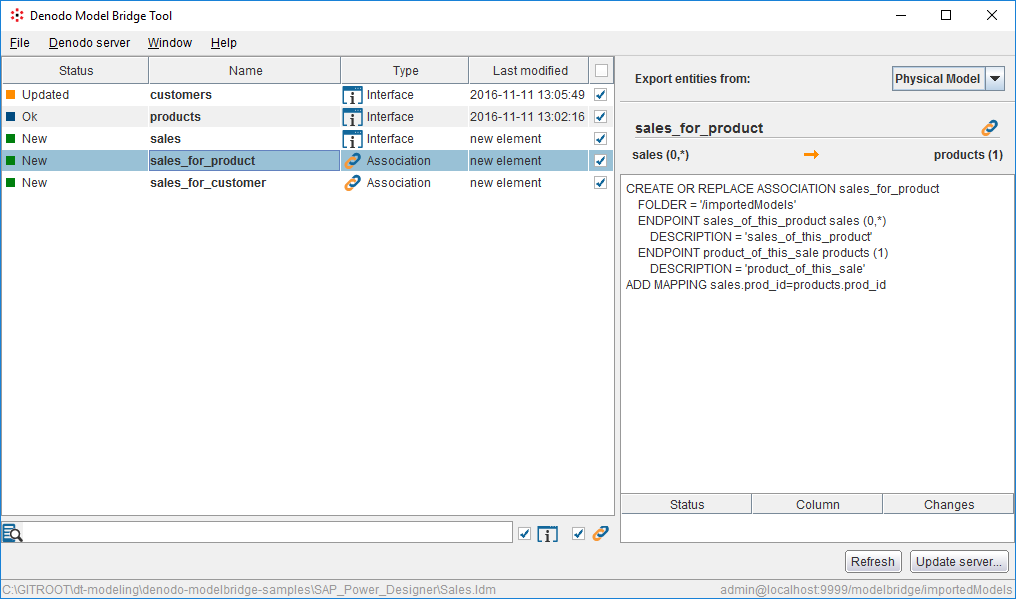 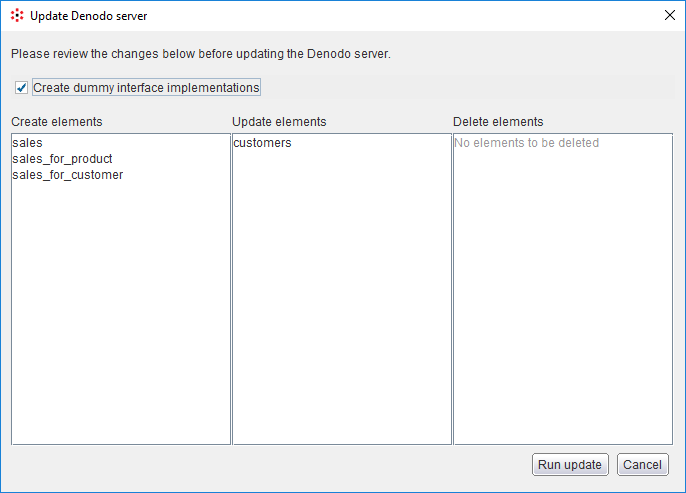 The image below shows the result of the update process for the model used in this manual as an example. In the importedModels folder there are three interfaces and two associations, with the corresponding dummy implementation for the interfaces. 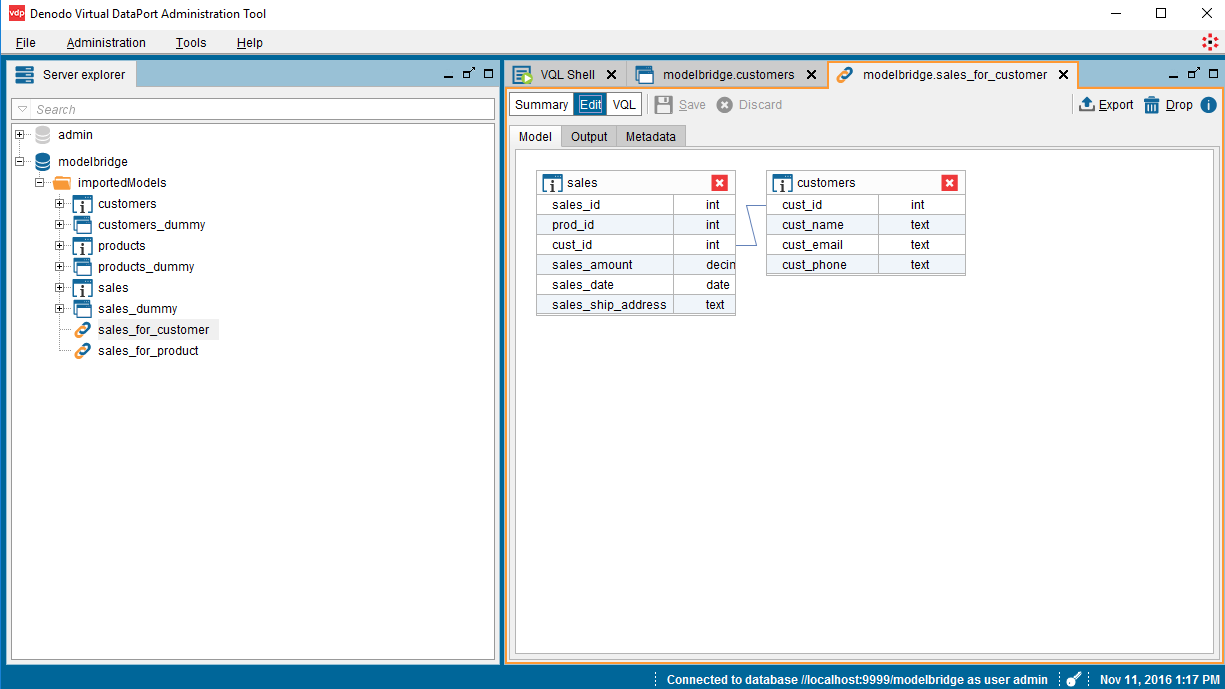 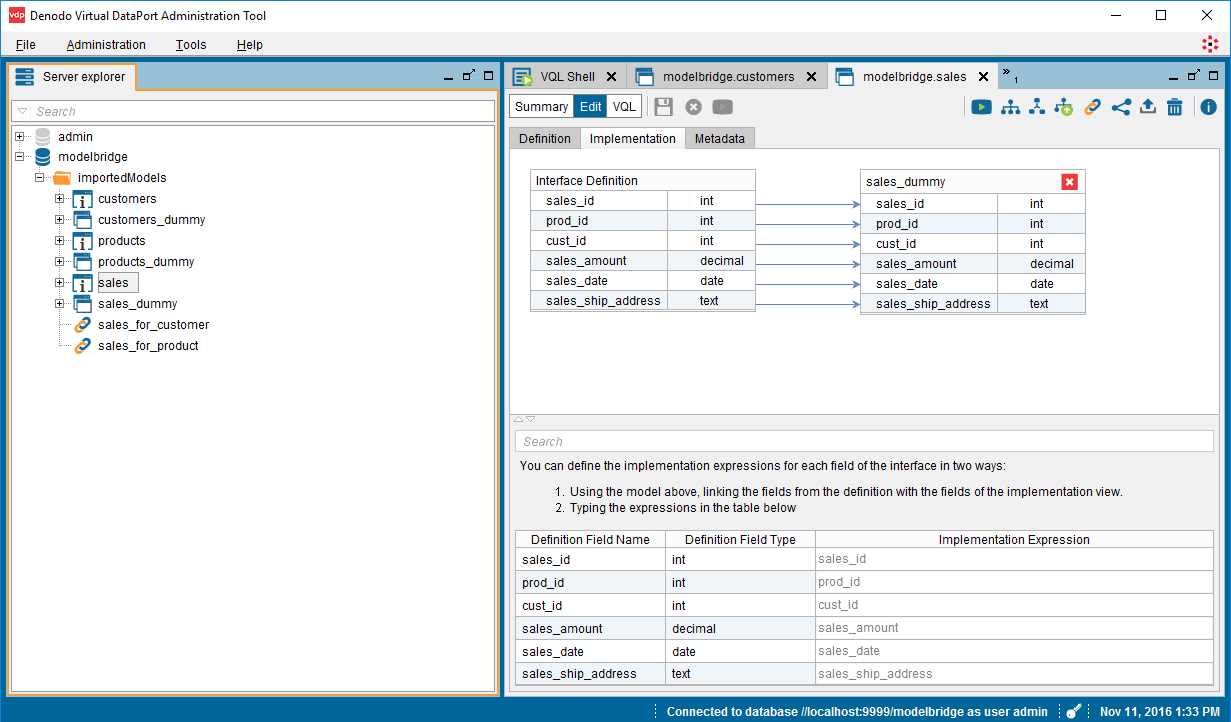 If there is an association that hasn't got a mapping, this association is not syncable with a VDP server, and the status of the  interface would appear as UNSYNCABLE.

Dimensional models are not supported by Denodo Model Bridge, only relational ones are supported.

This appendix is a table with the tags supported by The Model Bridge and their contexts. Every tag has to be within its context to be transformed to VDP structures.