How to configure Git on Microsoft TFS for Denodo VCS

This document describes how to configure the Denodo Platform’s Version Control System (VCS) to connect to a Microsoft TFS server using the Git adapter instead of the TFS adapter.

NOTE: More recent versions of Microsoft TFS have been rebranded as Azure DevOps. For configuration steps of Azure DevOps refer to Azure DevOps Integration with Denodo.

The Denodo Platform supports TFS as VCS through its TFS adapter. However, this configuration is only valid when the TFS server uses TFVC as its own version control (usual configuration). It is not possible to use the TFS adapter in Denodo when TFS is configured to use TFS+Git as its VCS.

However, it is still possible to use TFS configured with Git as the Denodo VCS configuring the Denodo Platform to use Git as the adapter. The following restrictions will apply in this case:

Note that after switching to Basic Authentication, the credentials specified in the Denodo Git wizard will be used. Remember to enter the username including the domain name (e.g. YOURDOMAIN\user). 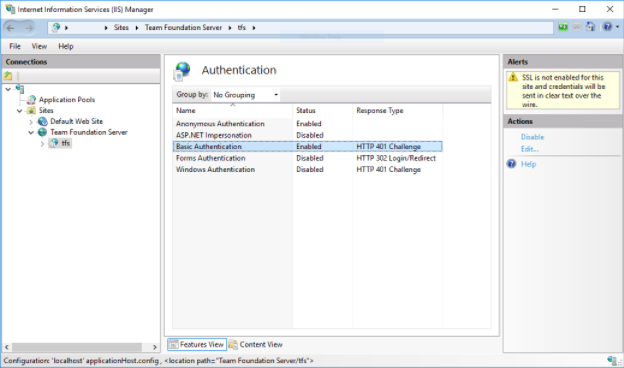 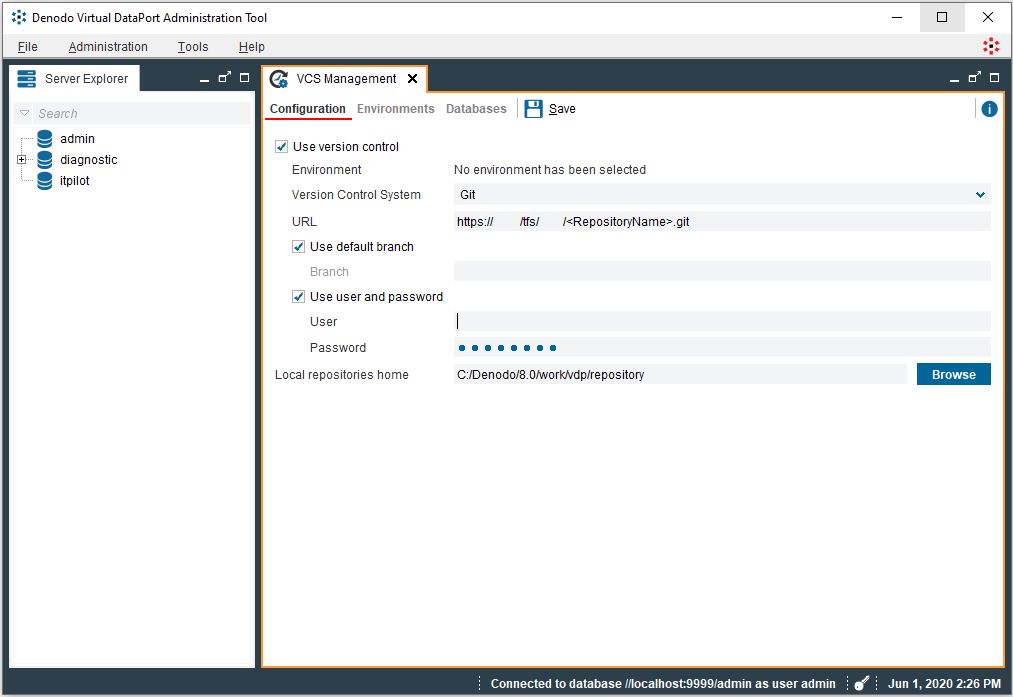