Ansible is a configuration management tool that facilitates the task of setting up and maintaining remote servers. It uses SSH and Python to communicate and execute commands on managed servers.

Ansible allows users to manage servers in two different ways: via ad hoc commands, and via playbooks. Playbooks are YAML files containing a list of ordered tasks that should be executed on remote servers to complete a task or reach a certain goal.

This document describes how to install and configure the Denodo Solution Manager with Ansible playbooks on remote servers.

Install Ansible on the control node

In this example we are using Ubuntu 20.04 as the operating system of all the nodes.The first step is to refresh the system’s package with:

And then install the Ansible software with:

The guide How to Install and Configure Ansible on Ubuntu 20.04 provides more details about how to set up Ansible.

In this example, there is one remote server called server1 in the servers group.

To test if the connection from the control node to the remote servers over SSH works fine, we use the following command and make sure it returns Success for every remote server.

Create the response file on the control node

To generate a response file to automate the installation, we follow the steps in our documentation Unattended Installation of the Solution Manager. In this example, the response file will be generated in the path /opt/denodo-install-solutionmanager-8.0/response_file_8_0.xml on the Ansible control node.

Create an Ansible playbook containing a list of ordered tasks that will be executed on remote servers to install the Solution Manager. The details about specific tasks can be seen under the tasks label.

The next step is to run the Ansible denodo_playbook.yml from the control node with ansible-playbook command to start the unattended installation on remote servers:

We will see the following page after the automated installation is done: 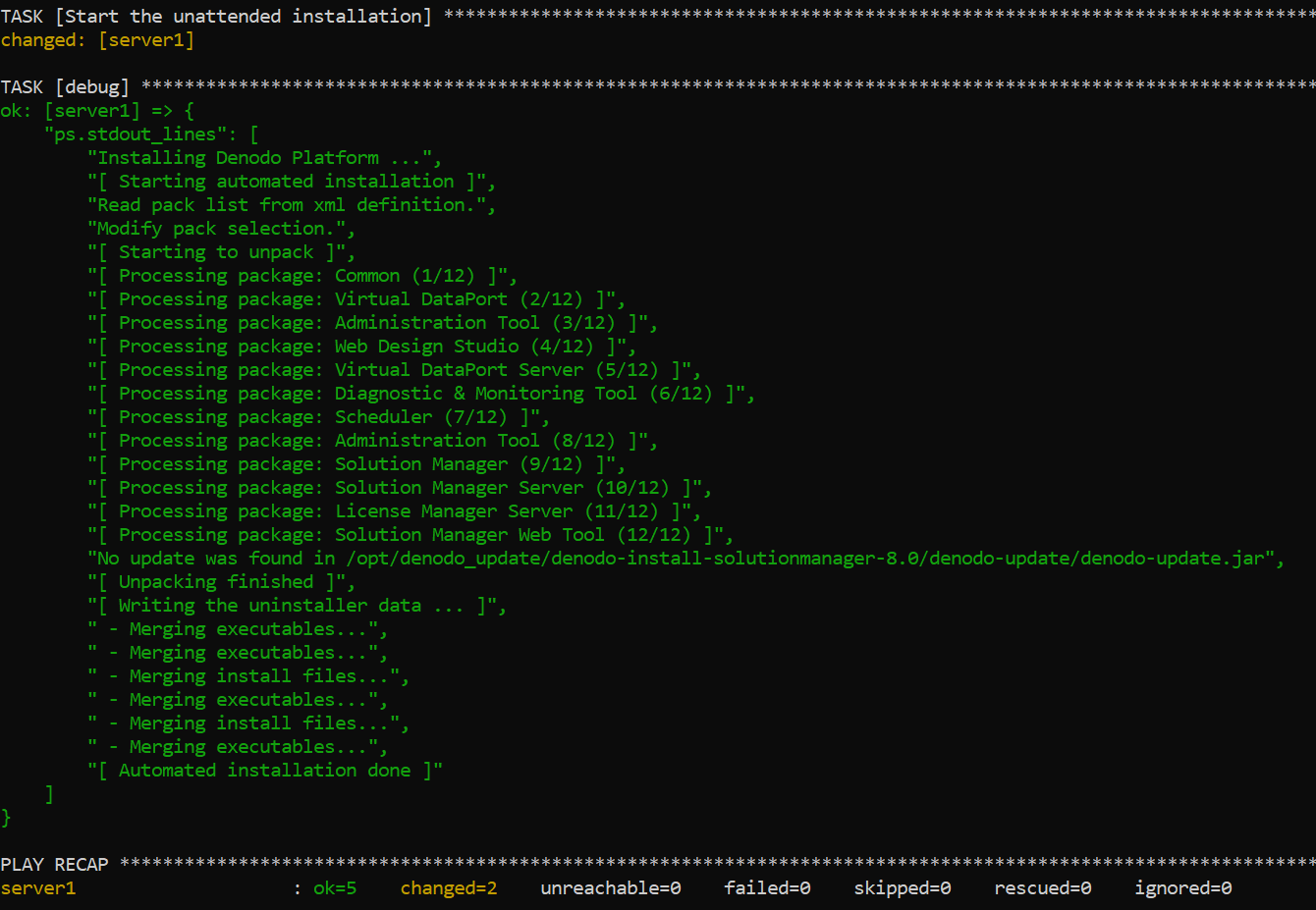 In this article, we have shown you an example to execute Ansible playbook from the control node to install the Denodo Solution Manager on remote servers. You can use the similar steps to install Denodo Platform or automate other Denodo configurations.

How To Install and Configure Ansible on Ubuntu 20.04

How To Set Up Ansible Inventories

How to Write Ansible Playbooks